Fight for Your Man – Even When You Don’t Feel Like It! 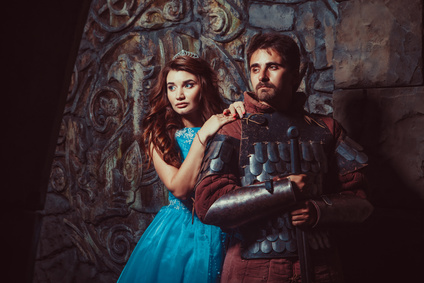 Whatever the type of relationships issues such as financial, dividing up house chores, child discipline, in-laws, intimacy, or even addictions, if a woman understands these key things to fight for her man and her marriage, miracles are possible.

For a moment, let’s consider a scene from an old Rocky movie. Rocky, in the ring is battered and bloody, and wondering how he got into this mess and how can he go on. Looking around for some kind of relief and direction he spots Adrien. Their eyes meet and she calls out, “I love you.”

In that moment he knows that she loves him not because he is winning- he obviously is not, but she loves him because she knows and remembers who he is – a fighter. Win or lose he is a fighter, and some fights can only be won if her strength becomes his. 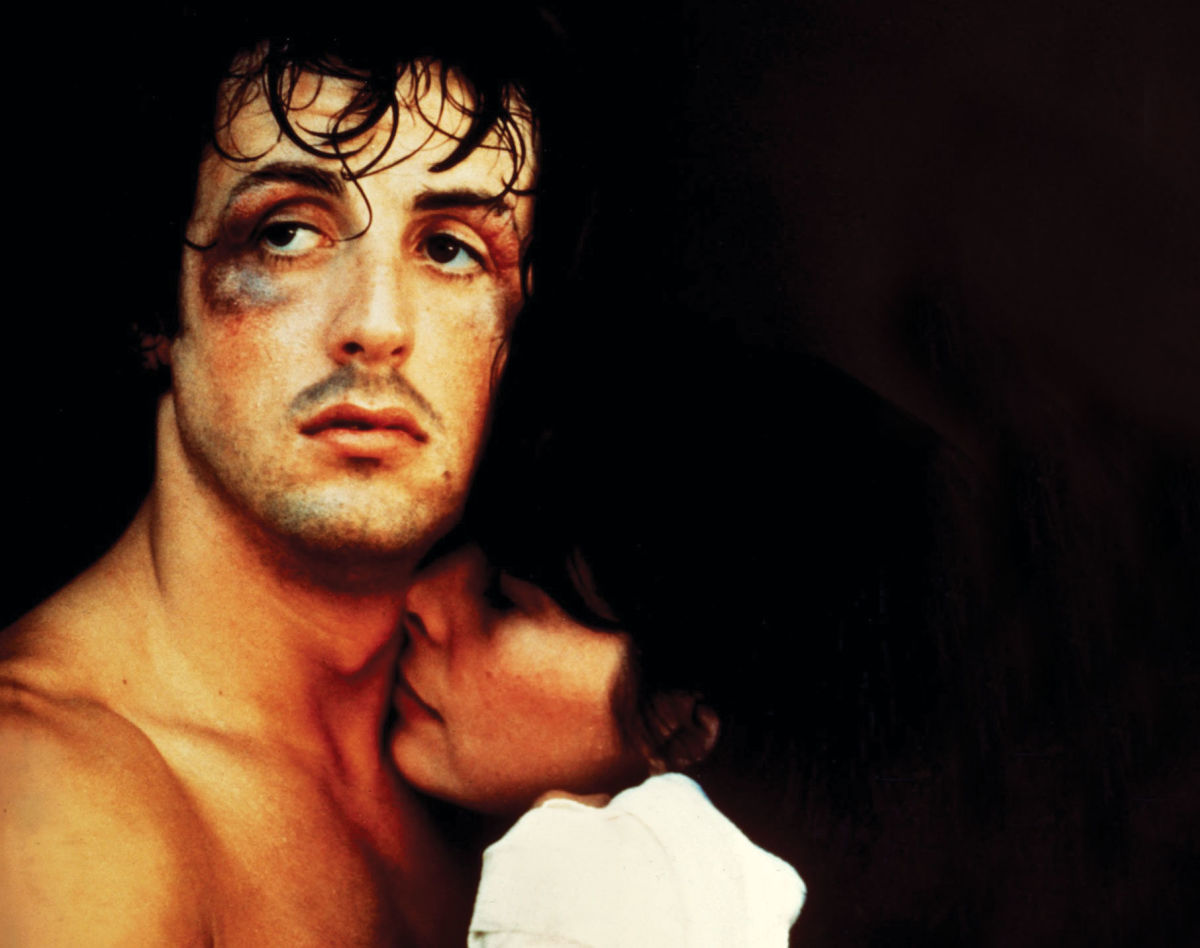 This transfer of strength happens through her love as their eyes meet. In that instant he knows that she loves him. It’s not because of where he is in the fight but because he knows that she knows – and now he remembers – who he is. Then it happens-EYE OF THE TIGER- and just seconds later the enemy is crushed.

There is zero chance of defeating Rocky when there is Adrian. God knew this! “It is not good for man to be alone…” because without woman, man’s strength is insufficient to win.  Some women have come to know or just remember that part of their purpose for being here is to help men defeat the real enemy – Satan. This definitely does not excuse the man from his role to preside, provide and protect, but her strength will enhance his abilities to fulfill these duties. 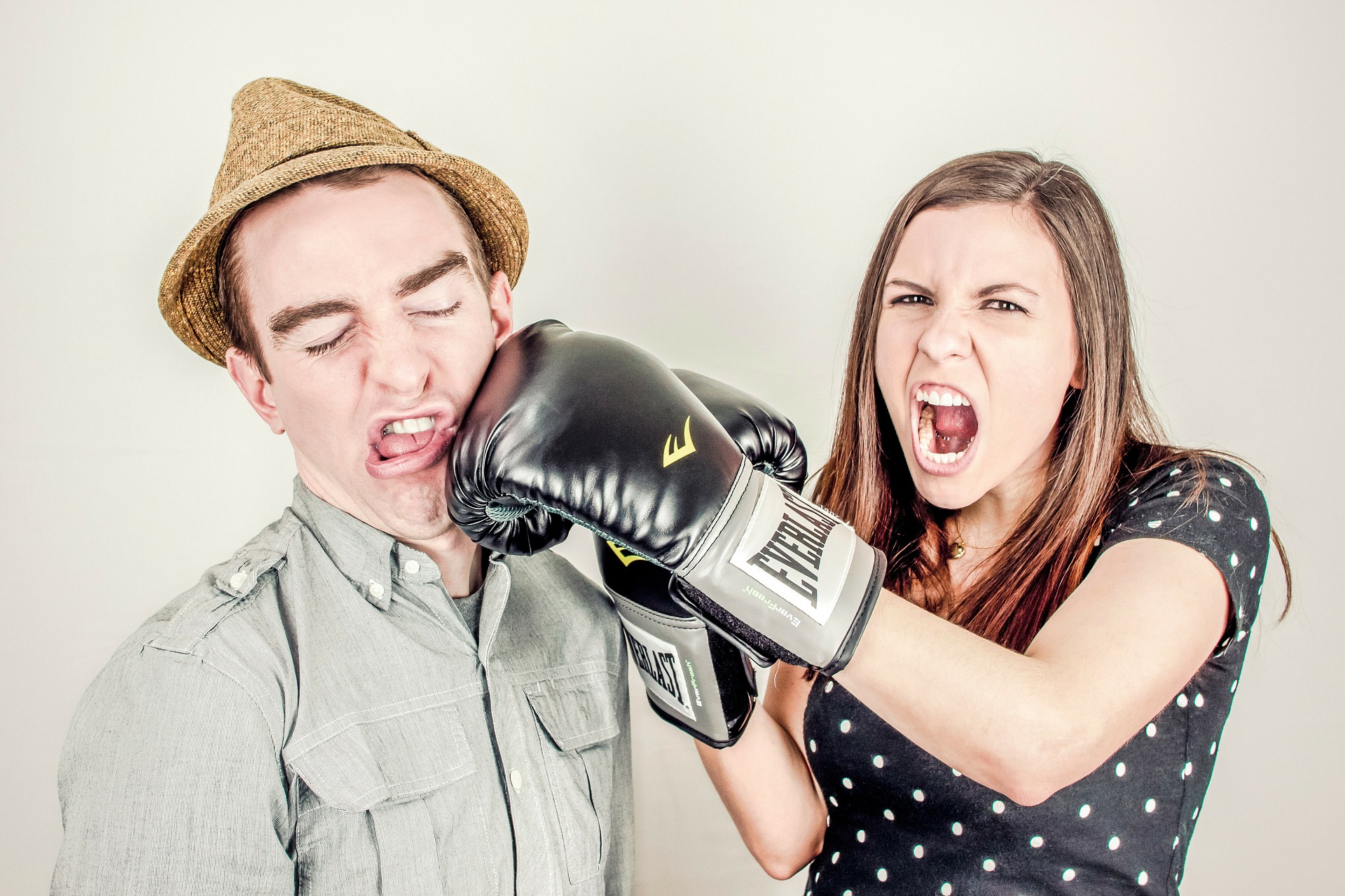 You may be thinking, “That’s just a silly movie. The fight is REAL, especially between my spouse and I.”

If you struggle wondering how you can support your spouse when you don’t feel supported, think about this simple story that has been shared with many of my clients.

Imagine this scenario. Your spouse is going outside to bring the garbage can off the road and back to the house. You are looking out of a window and see two men in hoodies walking down the street towards your husband. Then with no warning, they start running and shove your husband to the ground where they proceed to kick him repeatedly.

How does that make you feel? What would you want to do?

Some women jokingly said, “Oh, I would want to join the men kicking my husband!” One petite woman said, “I feel awful and a bit afraid, but would want to run outside and somehow chase the men away.” And typically, most women after joking about joining the fight admit that they would want to help save their spouse from that type of pain and suffering.

But sometimes we forget that spiritual battles are just as real, and many of us join the fight against those we love rather than be in their corner and supporting them through their toughest battles.

Rocky brought up his strength through warrior chemistry and won the fight after he felt Adrian’s support and love in the boxing ring. Many women would feel some warrior chemistry if they saw their spouse being beat up and would want to somehow help rescue them.

If you are still not sure about fighting for your spouse, think of what you might do if someone grabbed your baby out of your arms and ran away with it (or imagine what that would be like if you don’t have a child.) That feeling to want to save, protect, and nurture that baby is warrior chemistry.

Remember that anytime your spouse is struggling with bad habits, weaknesses, or even addictions, it’s because the master manipulator – Satan – is attacking him and winning that battle. 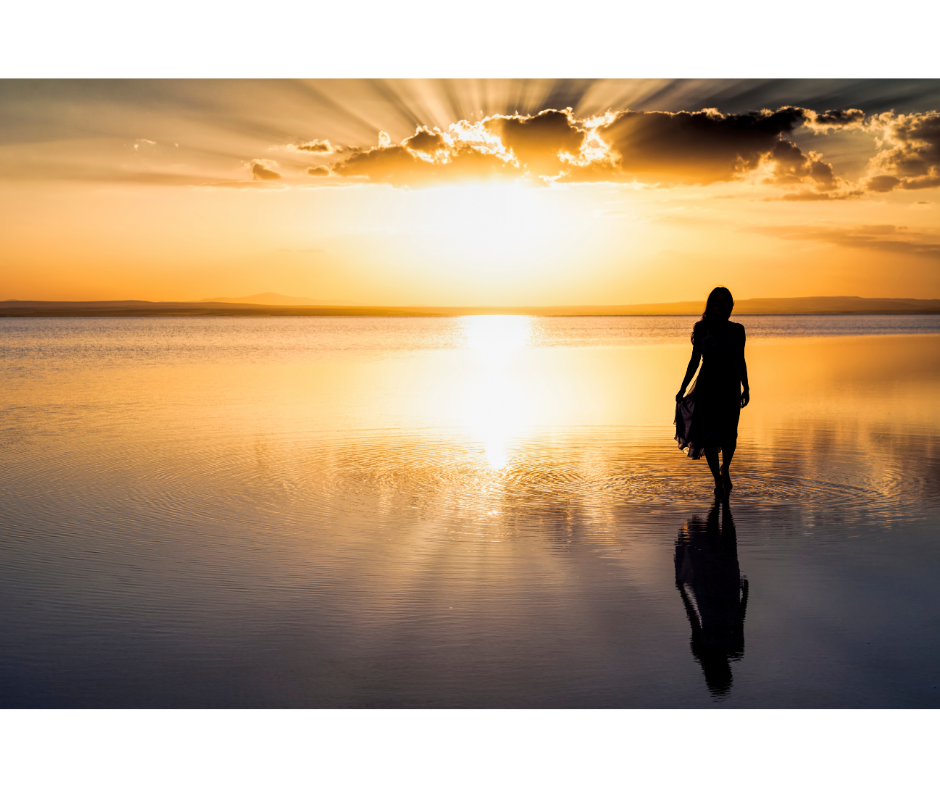 Remember Who You Are

My husband has worked with many men and young men over the past several years who are fighting the pornography addiction. All of them stumble from time to time. Some are slow to get back into the fight while others bounce back quickly stronger than ever. They go on to conquer their enemy and free themselves of those chains in a relatively short period
of time.

One factor that seems to make a difference in a man winning his battles, is when he feels that the woman in his life is in his corner guarding his back. This woman is usually a mother or wife. Sometimes it’s a girlfriend or fiancée, or another important female.

These women seem to see this battle differently. They don’t feel attacked, cheated, or betrayed by the behavior of the man who is fighting. This is not to say that mental and emotional battles for the women like betrayal trauma aren’t real. They are very real and are tough battles to go through. But these women become shielded against such things with the multitude of painful confusing emotions that come with it. We could call this shield, “knowing and remembering who you are”. This shield gives them power to see differently.

They simply see the man’s addictive behavior as a sign of how hard the enemy is beating on the one they love. Instead of feeling hurt, rejected, betrayed etc., they turn any painful emotion into a protective anger directed toward the real enemy who is attacking the one they love. Instead of needing healing and therapy for themselves they respond by joining the fight to help protect their man. (Someone can join the fight and still need therapy and healing. That’s OK.)

They fight by letting their man know that they don’t see him as a weak, disgusting, untrustworthy deviant that they are ready to abandon at the sign of the next battle. They make it clear that in their eyes he is a valiant mighty warrior sent into this world by God to fight some of the hardest battles known to man.

Be a Help Meet

Knowing and remembering who you are in the marriage relationship is especially important. Knowing who you are was previously referred to as a type of shield that gives you power to see your spouse differently.

In the scriptures we are taught that Eve was a help meet to Adam. Since Eve was created from Adam’s rib, some see this as weakness or inferiority or even a type of servant to the man.

However, God was giving a tribute to Eve of high honor and respect when he said,

“It is not good that the man should be alone; [so] I will make a help meet for him.” 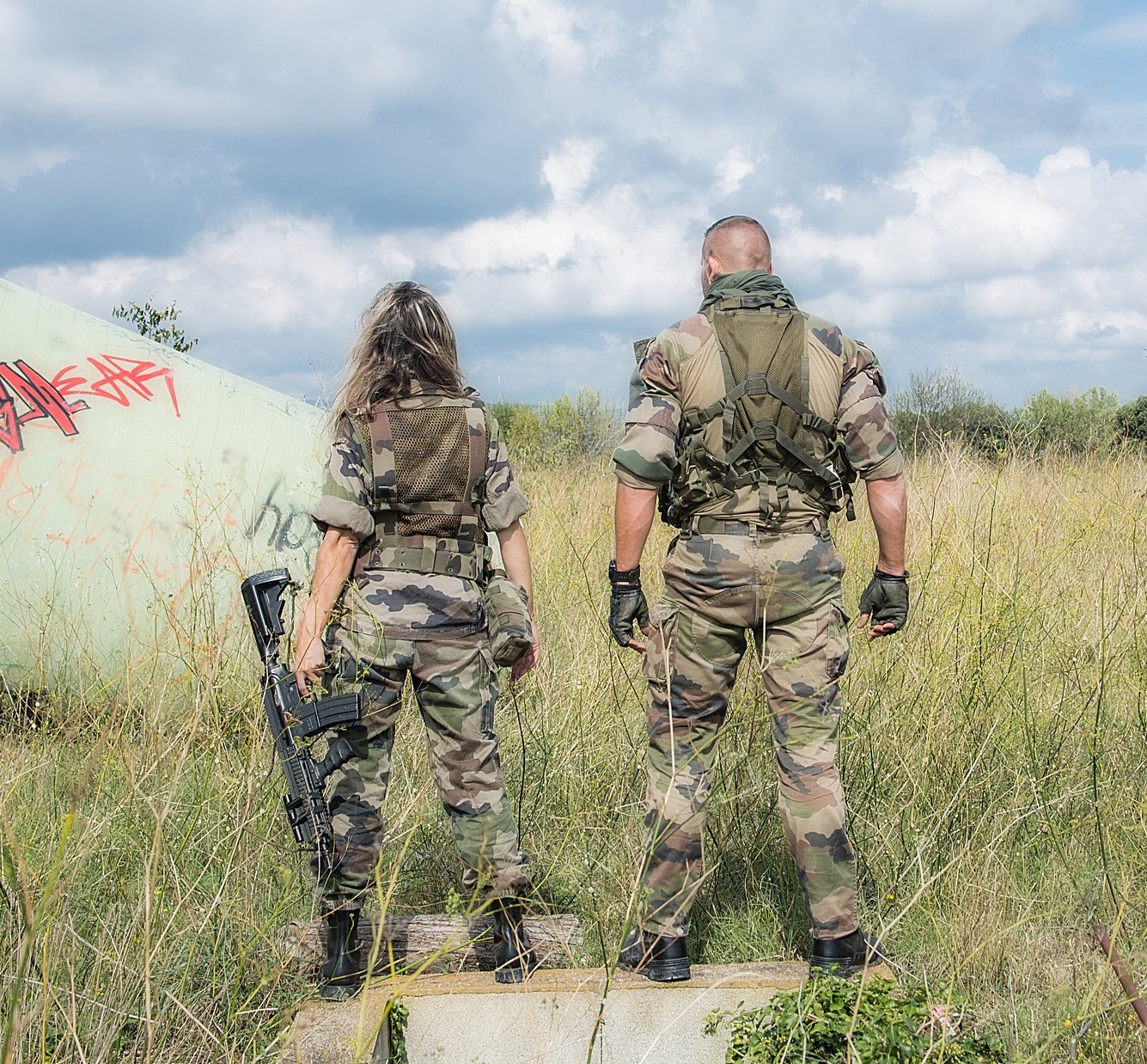 Throughout history because of these words found in Genesis 2:18, people have insisted that God is saying women are inferior to men.

However, if we look at the Hebrew word that has been translated into “help,” it shows us clearly how Eve – and all women – are equal in value to their husbands. The word “Ezer” (as in the word Ebenezer) was the Hebrew translation link to the word help.

Some scholars trace the Hebrew word “Ezer” to a combination of two source words, one which means strength and another which refers to rescuing and defending (source). “Ezer” is found two dozen times in the Old Testament and is always used in a military context (except where referring to Eve), and almost every time it is used to describe God as the Divine Helper and Protector of Israel.

“The word that is used to describe the Creator of the Universe as a savior, source of strength, and ‘the Helper of Israel’ cannot have a demeaning implication. God blesses His people, He loves and cares for His people, and He stands with His people…but He is not subservient to them.

“So the very verse that has been used to marginalize women, was really God’s own tribute to His daughters.

“So, the next time you read Genesis 2:18 and you are tempted to imagine a submissive housekeeper, instead think of a warrior with a drawn sword. Think of a change maker. Think of a leader.” (1) 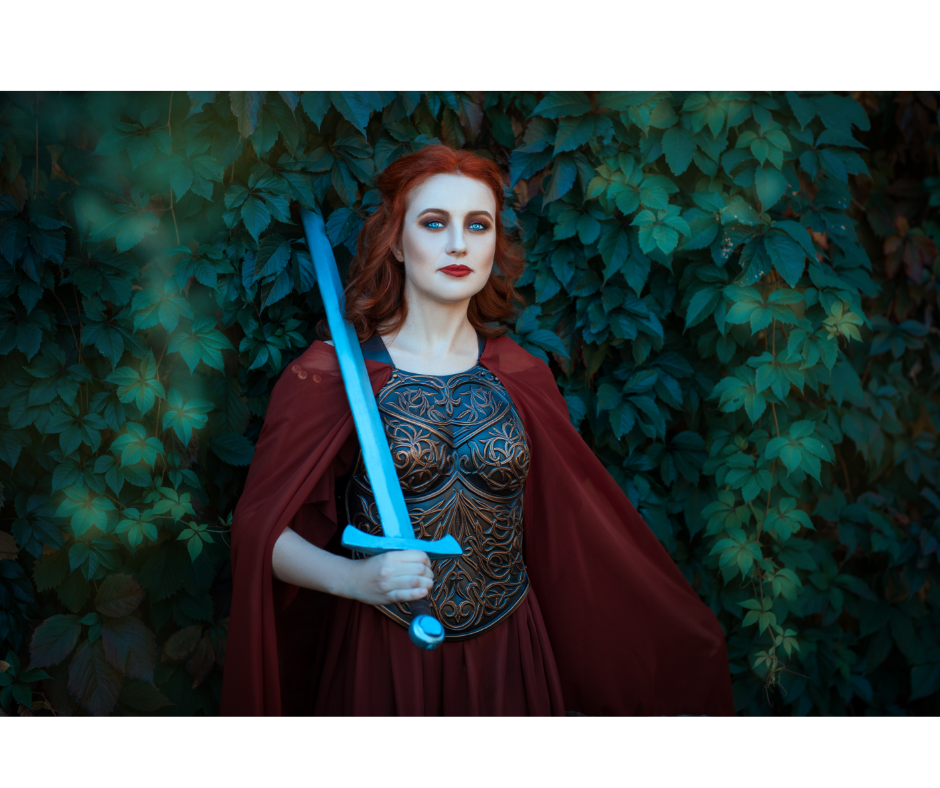 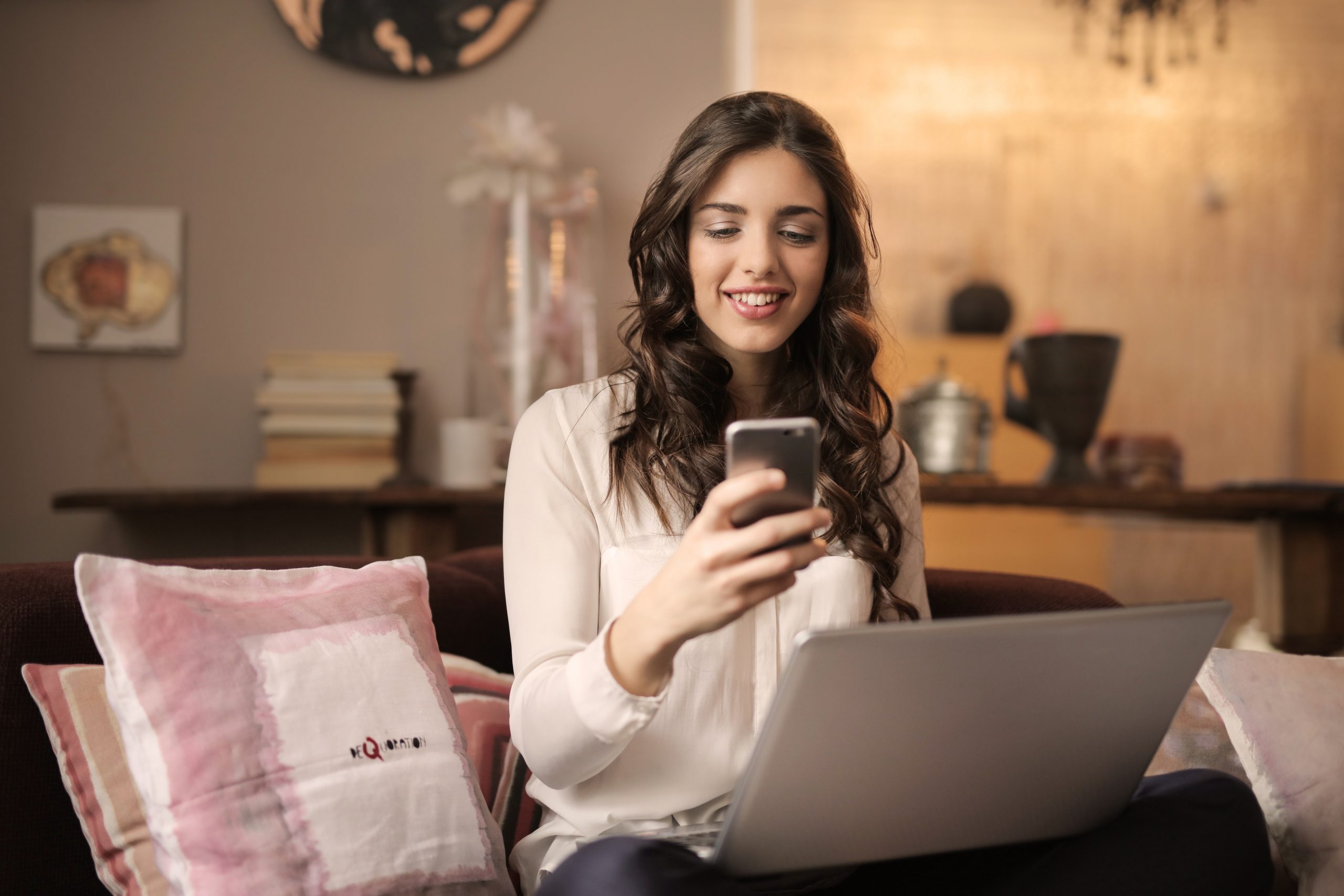 Need more ideas on how to fight for your spouse, create healthy patterns of connection in your marriage, or have another issue you would like to discuss with a marriage coach?

Book a 30-minute complimentary online call at this link.
(This is not a sales call and will give you valuable insights, clarity, and direction to strengthen your marriage relationship.) 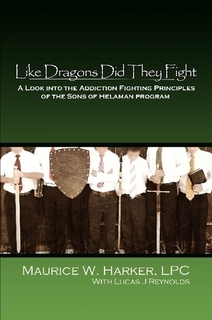 Maurice W. Harker, the head therapist at Life Changing Services, has a unique way of teaching about the adversary’s strategies to deceive and weaken ourselves and relationships. Learn how to develop keen awareness of the adversary’s influence  and more about Warrior Chemistry in this free best-selling book “Like Dragons Did They Fight” available here for download: FREE BOOK